Last Saturday night the deer had a party in the Ponderosa Garden!  They ate bean vines and corn and ripe tomatoes.  They also nibbled some peas and strawberry leaves. 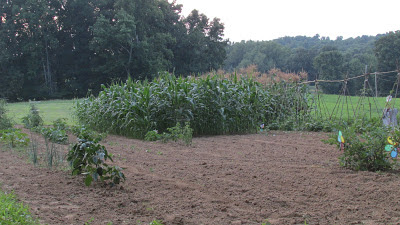 There was an electric fence and they had never bothered anything before so we were a little surprised to find they had helped themselves to our veggies.  Gardening is hard, hot work and we just did not appreciate the deer invasion especially since there is plenty of delicious grass all over the Ponderosa. We took precautions.  The fence was lowered and a scarecrow created.  I surrounded the tomatoes with pinwheels hoping the deer would be afraid.  But. . . 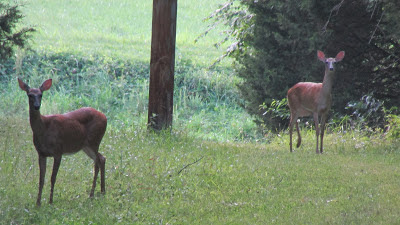 Late this afternoon I spotted these two, eyeing the garden.  They appeared to be plotting their next move. 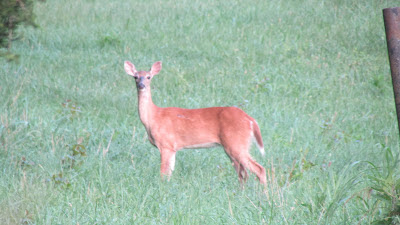 They have become very brave and don't even run when we ride by in the golf farm cart!
So, smarter than deer guy got an idea. 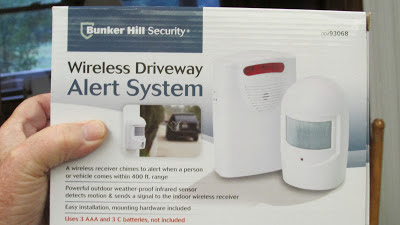 He had this alert system someone had given him.  We didn't use it because we already have an alert system to tell us that someone is in our driveway--it's Piper the watchdog.  Even though Piper alerts us to cars she will lie stretched out napping while deer walk all over the Ponderosa.
This alert system is now in the garden.  We put the buzzer there too hoping if the deer enter the garden they will be frightened by the noise and that we like Piper will sleep through it.
I'll let you know!