It was food preservation day on the Ponderosa!
It all started with grape jelly. 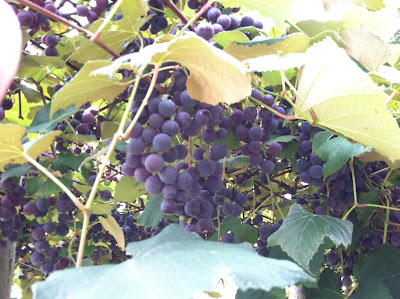 Then we moved on to green beans 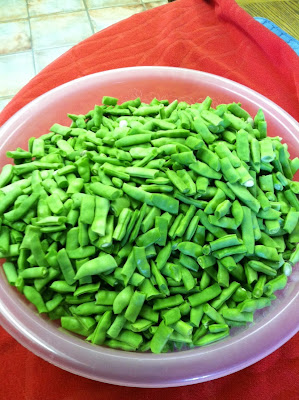 And finally it was peas! 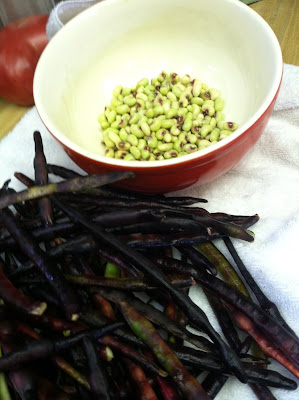 There was also fried chicken supper and all the laundry is clean!  So that means tomorrow will be an adventure day!

From my phone this week: 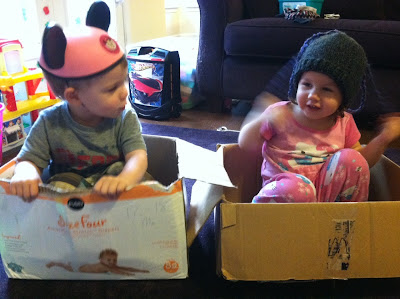 Will they take these boxes at Goodwill? 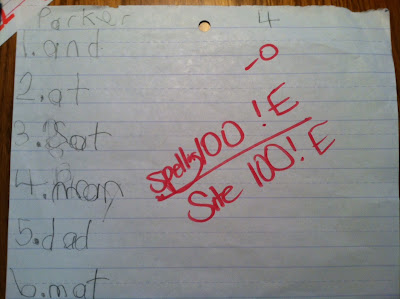 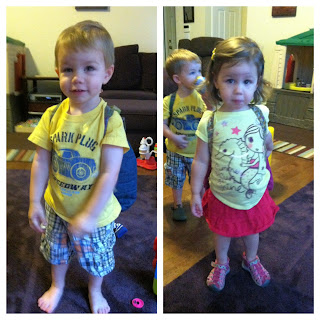 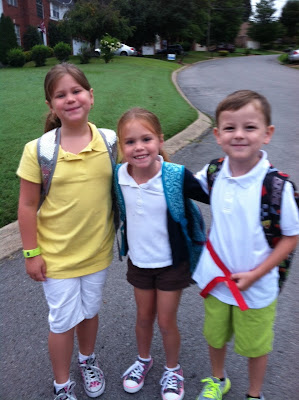 Posted by Delilah at 8:54 PM No comments:

Look at this mess! 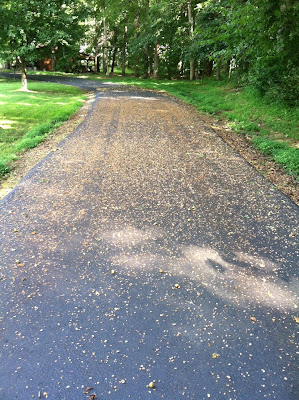 Posted by Delilah at 5:27 PM No comments:

It's been a rainy Thursday and we needed to do outside things today like mow and pick peas and beans.  We opted for finishing a painting job we had started at the Visitor House.  It's pretty amazing how a coat of paint can transform a room!  Well, in this case a new sink helped too.

From my phone today:
This morning one Ponderosa Princess sent a picture of her backyard.  It's been raining there today also. 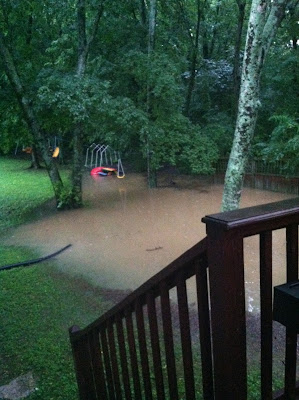 The other Ponderosa Princess sent her babies to preschool for the first time today.  They go two days a week for about 4 hour,s but it is help for a busy mom! They had fun and came home with some great work to hang on the fridge! 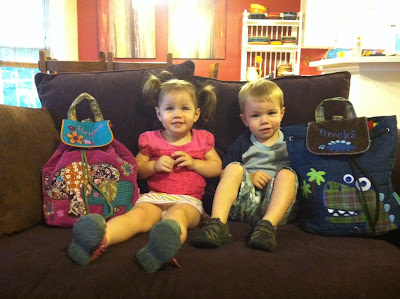 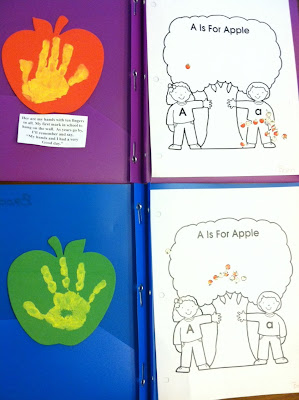 What's for supper?
There is vegetable soup on the stove, not usually a summer meal but for this rainy day it is good.  It also helped to clean out the leftovers in the fridge.

Posted by Delilah at 5:05 PM No comments:

Wednesday on the Ponderosa

We started the day with some garden work, pulling the weeds and planting some squash plants to replace the ones that didn't make it.  We hope they can grow fast enough to provide us some late summer squash.
When lunch arrived we decided to try a new recipe.  I read a blog called The Pioneer Woman.  She also has a cooking show(The Pioneer Woman Cooks) on the food network that through the magic of DVR  I am able to watch.  The other day she made drop biscuits and sausage gravy and since we firmly believe that gravy makes everything better we decided to try it!  The biscuits we had were canned, I will attempt the drop ones later!  I can make biscuits and they are pretty, but not very tasty.  Practice is needed in the homemade biscuit area.  Until today I had trouble with gravy also, but this turned out great.  In this recipe you brown the sausage and then add the flour and mix it into the sausage.  Then the milk goes in.  It seemed less greasy and was easy to make.
Here's the recipe:


With your finger, tear small pieces of sausage and add them in a single layer to a large heavy skillet. Brown the sausage over medium-high heat until no longer pink. Reduce the heat to medium-low. Sprinkle on half the flour and stir so that the sausage soaks it all up, then add a little more until just before the sausage looks too dry. Stir it around and cook it for another minute or so, then pour in the milk, stirring constantly.
Cook the gravy, stirring frequently, until it thickens. (This may take a good 10-12 minutes.) Sprinkle in the seasoned salt and pepper and continue cooking until very thick and luscious. If it gets too thick too soon, just splash in 1/2 cup of milk or more if needed. Taste and adjust seasonings.
Spoon sausage gravy over warm biscuits and serve immediately!

We cut the recipe in half because the Pioneer Woman cooks for a large family and cowboys.  There was only two of us so even after cutting the ingredients in half we had some leftovers. Next time I will cut back just a bit on the black pepper. 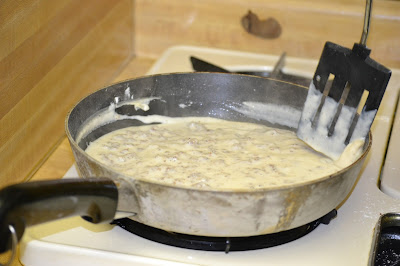 What's blooming on the Ponderosa 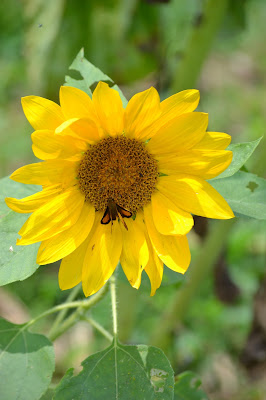 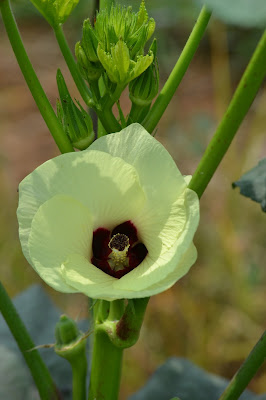 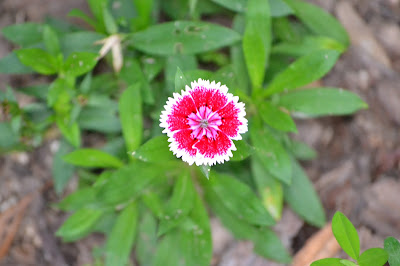 And did I mention--It's fashion week on the Ponderosa! 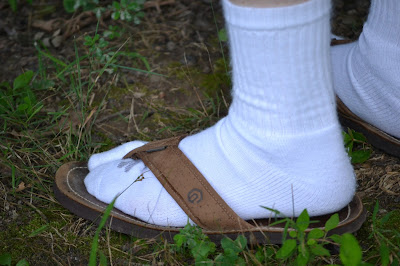 Posted by Delilah at 8:23 PM No comments:

On my phone today

Here's a couple of pics from my phone today 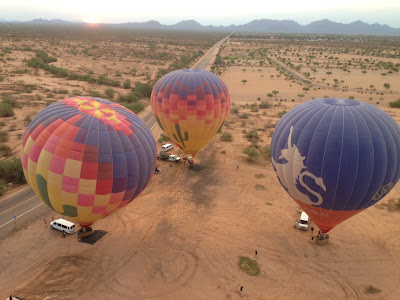 My good friends are in Arizona, look what they did before breakfast today! 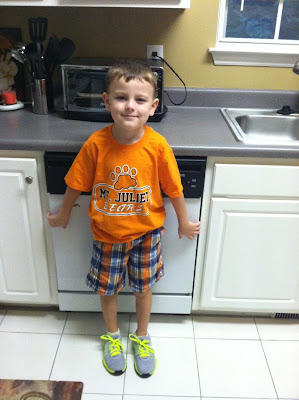 This handsome boy is wearing his new shirt to the second day of first grade!

On the Ponderosa Tonight

On this lovely evening, here's what's happening on the Ponderosa. . . 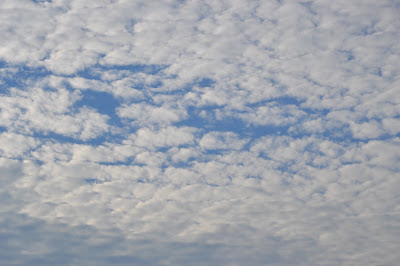 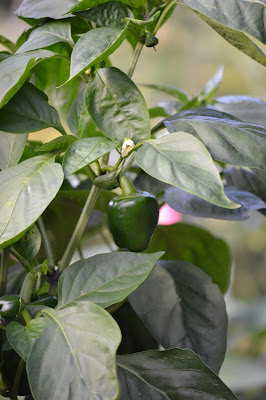 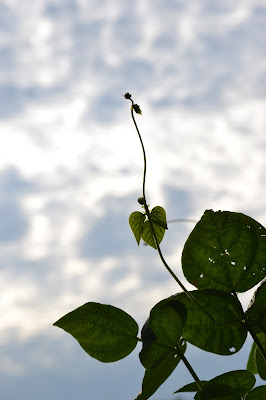 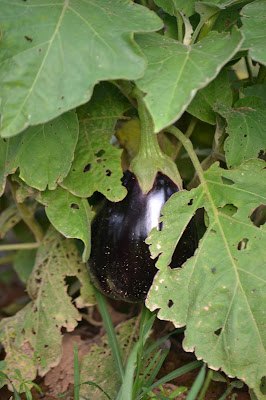 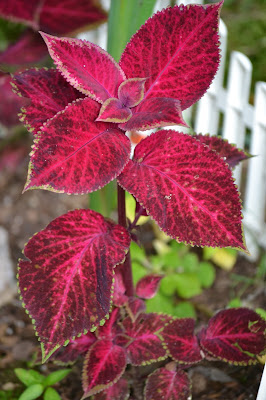 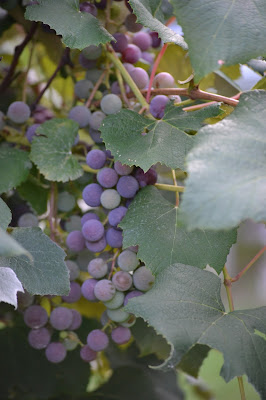 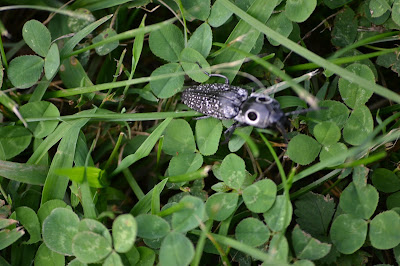 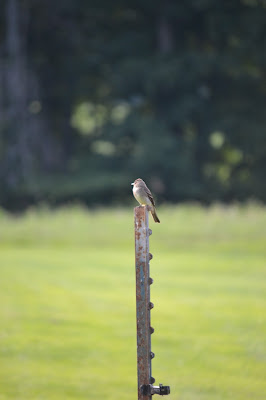 Wildflowers are taking over the field 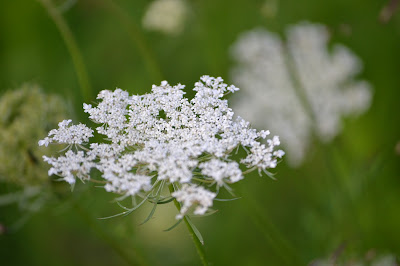 And this Poinsettia believes its Christmas! 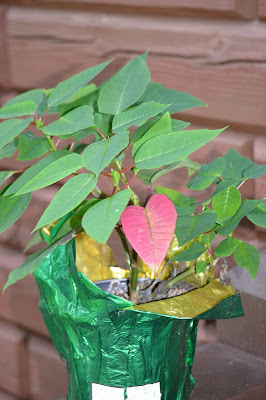 Posted by Delilah at 7:47 PM No comments:

Pictures from my phone today: 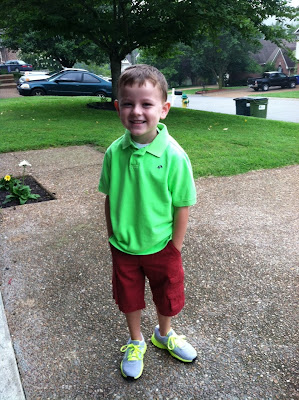 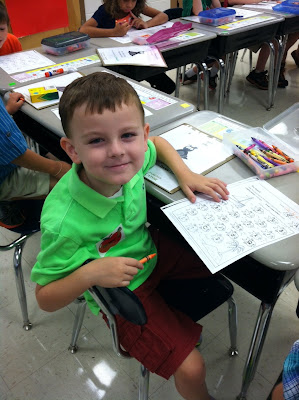 This handsome boy went to the first day of first grade today.  He is a good student and loves school.  It looks like from the photos that he had some work waiting on him when he got there!  A text from his mom this afternoon said he had a great day and could not stop talking about it!  I'm sure he'll have a great year.
Posted by Delilah at 9:30 PM No comments: