Today is Grandparents Day.  We don't have any kids on the Ponderosa today, but we did get to spend some time with them this week.  There was also some special nice mail for us! 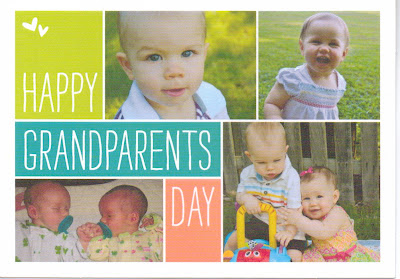 This cute card from the Ponderosa Stinkbugs, Brooks and Brynn.

On Thursday we were invited to Parker's school for lunch and to his classroom where they had prepared some special treasures for the grandparents. 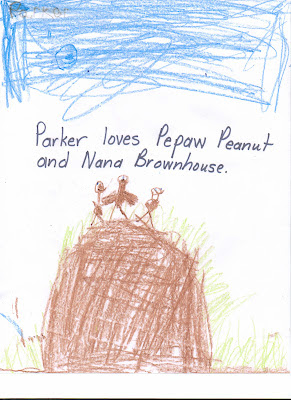 We received this great drawing and a magnet he made.
We toured his classroom and he showed us his job for the week, which is calendar helper. 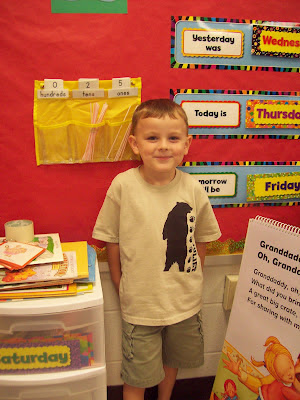 This is where you stand when you are the calendar helper. 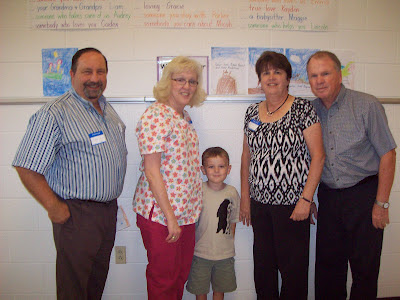 His other grandparents helped celebrate the day!
Then while we were waiting for Parker to finish his day and ride the bus home we spent some time with these two rascals. 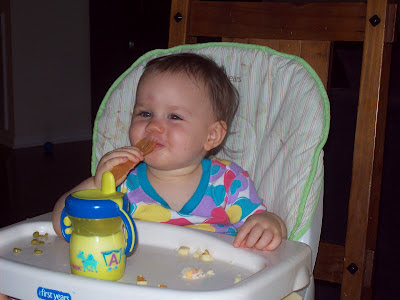 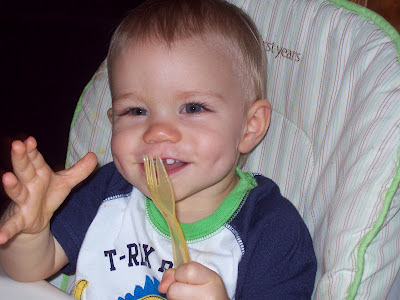 They had some lunch. 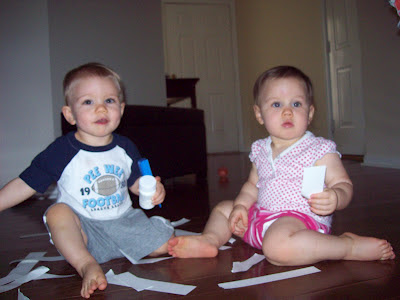 Helped their Aunt T cut out some invitations. 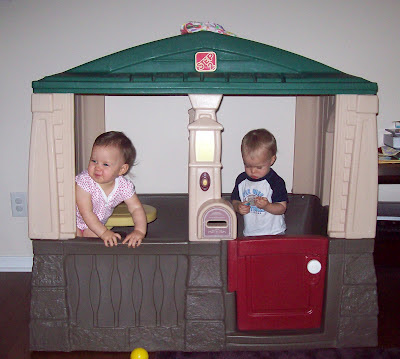 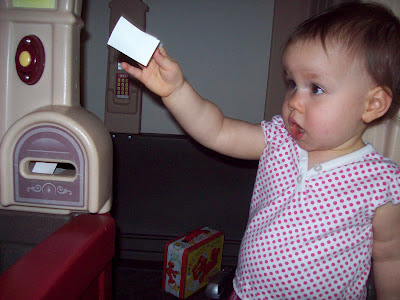 Played in their playhouse. 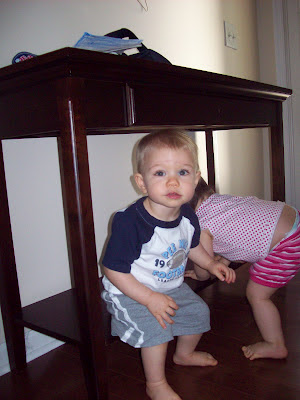 And practiced their climbing skills. There was also some ball pit diving, book reading and riding of bumper cars that went on!
These two are able to do lots of things in a short period of time because they have to get a bunch of fun in before their mom makes them take a nap!