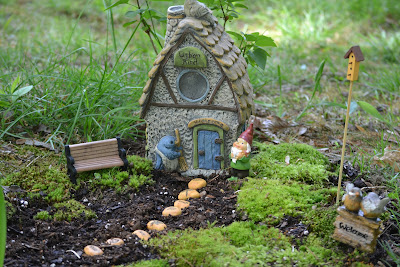 This one is beside the lilac bush and has a house complete with bench, resident gnome and his bluebird friend.  Little hands can rearrange the garden if they want to play in it. 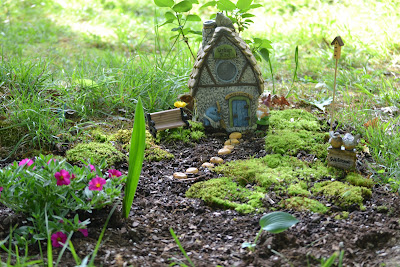 Most of the items used came from the dollar store or I used a 40% off coupon at Hobby Lobby for the bench.  The little birdhouse came in a package of six and I super glued it to a wooden kitchen skewer!  The moss is free for the digging here on the Ponderosa, the gladiolus were already there and the hosta spout I dug up from one of the many giant hostas growing around the house. 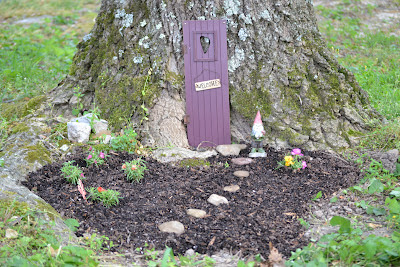 My second garden is started but it needs some more items for the grand kids to be able to move around.  The plants are moss roses, they look like miniature rose bushes and should spread out and cover the ground as they grow.  The stepping stones are flat, round river rocks. This one has a door instead of a house  I'll be scouring the Mighty Dollar for some more miniatures!
I said I made them for the grand kids, but I enjoy creating them in little spots!  It's starting to look like Rock City around here!
Posted by Delilah at 5:28 PM

Oh my, that is soooo CUTE!

Oh my, that is soooo CUTE! Love it.