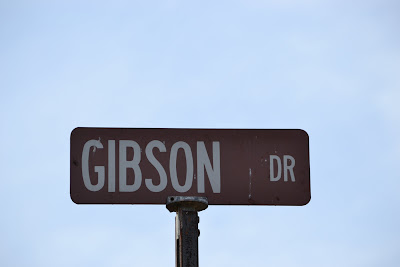 For over twenty years we have tried to get along with all the critters who share the Ponderosa with us.  We would just like to have the yard and garden spot, and varmits can feel free to roam the rest of the Ponderosa.  But lately they have been entering forbidden territory!  They have become increasingly bold!  They run across the deck and swing from my hanging baskets!  They steal the dog food and dig up flowers.  They look innocent enough. And some people would even call them cute. 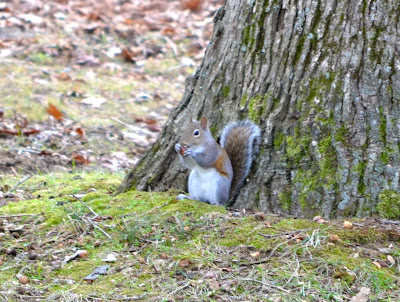 We call them the enemy!  When our strawberries began to disappear it was the last straw.  First we tried the rubber snake trick.  After all it worked with the birds. 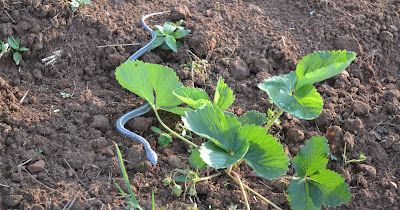 But they just sat right down by the snake and ate the berries, taunting us by leaving the pieces right there by the plants that we had planted, and kept free of weeds and grass and fertilized and watched every day when the blooms and then the berries appeared waiting anxiously for the first ripe berries. 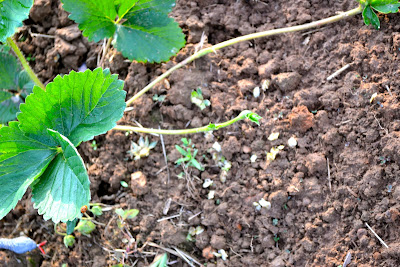 We also tried pinwheels thinking the movement might scare them, but they are fearless!  We tried lowering the electric fence around the berries that we had put up to keep out the deer--no luck. 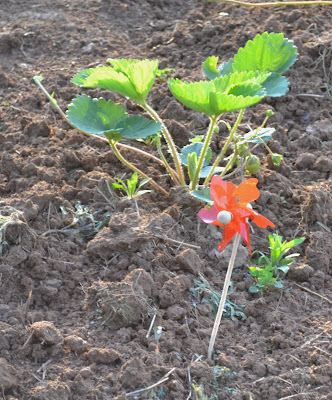 Well, enough is enough and now it is all out war.  We are taking back the Ponderosa! 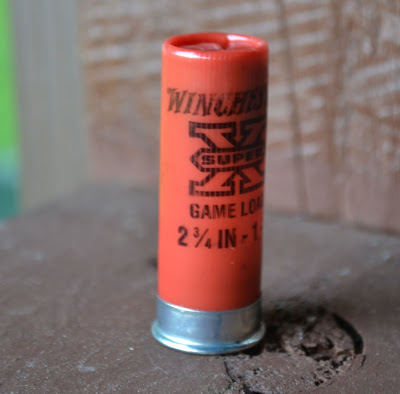 That is if Peanut's shoulder can hold up.  He says it is very sore right now.
We may have to call for reinforcements. 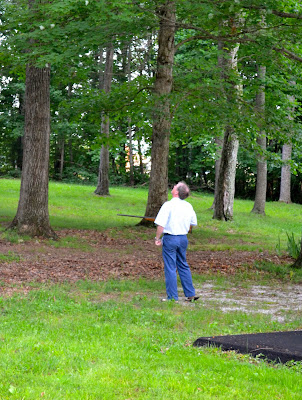 My boys would love to get the bb guns after them! lol