How Do You Catch a Leprechaun?

I'm visiting with the the Ponderosa Princesses and Parker for a few days and there has been lots of St. Patrick's Day excitement.  Last night while Parker slept soundly those pesky Leprechauns made their way in 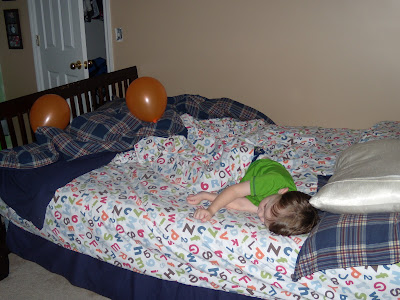 and played tricks all over the house. They made a big mess leaving footprints behind, 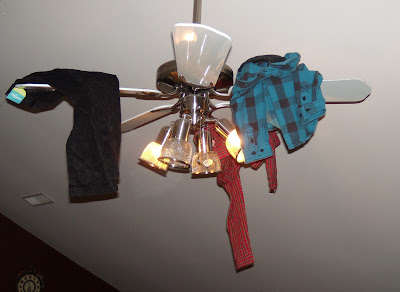 and had parties with the toys. . . 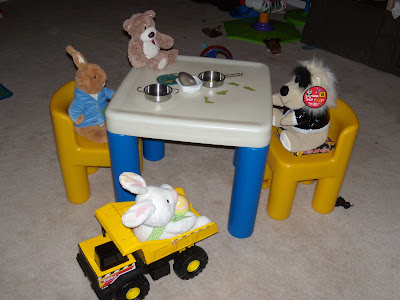 When he woke up this morning he ran around looking to see what kind of tricks the leprechauns had played. 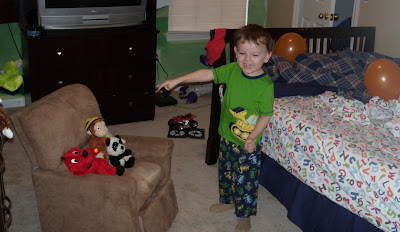 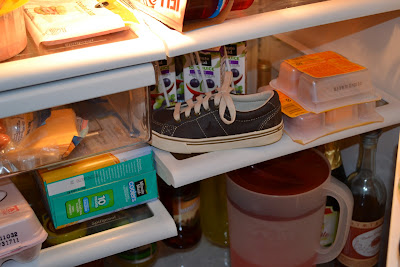 When he found his shoes in the fridge, he thought it was hilarious! 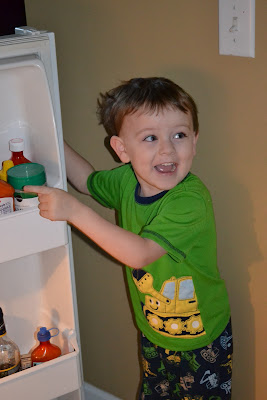 We cleaned up the mess and went out for a while only to return to even more trickery.  This time the chairs were turned over and the footprints and balloons were back and the milk was green! 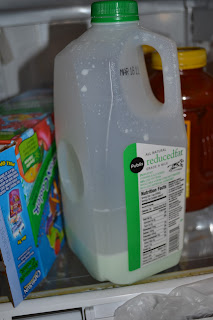 He has to go to soccer practice after while, but this time he will be ready.  We have a plan.  Using a balloon and a lollipop, there is a trap set  for those darn leprechauns and when we catch them a pot of gold will be ours! 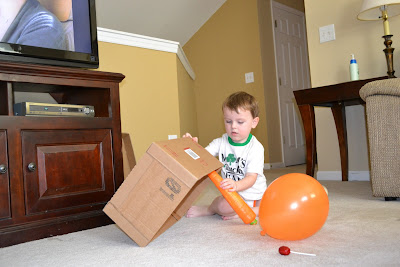