On Wednesday, May 25th the Ponderosa Stinkbugs were five years old.  The celebrating started that day and the party continued for days!  Their birthday was the last day of school for them so they took donut holes to their classmates and after a half day of school they headed for Chuck E. Cheese.  This was Brynn's pick.  It was her wish to play all the games she wanted! 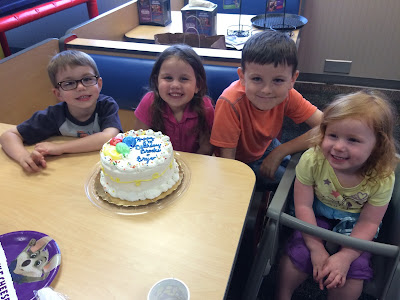 The next day we picked them up in Cookeville and they stayed until Saturday.  We had a cookout and party because all Brooks wanted for his birthday was to play football with his cousins!  He got his wish! An extra added bonus was an epic water balloon fight that also happened at the party! 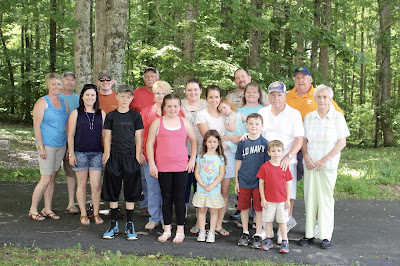 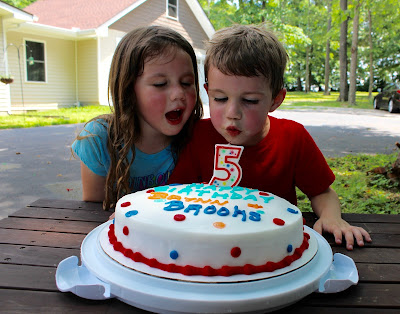 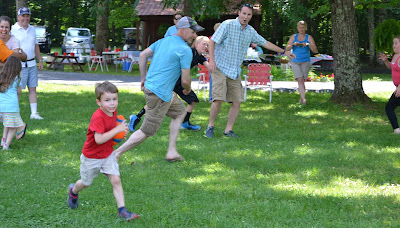 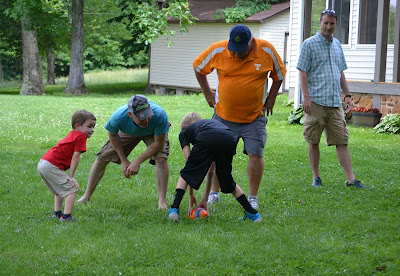 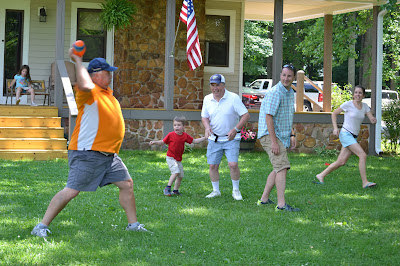 On Monday they had another party at their house!  More cake, more water balloons and some slip and sliding! 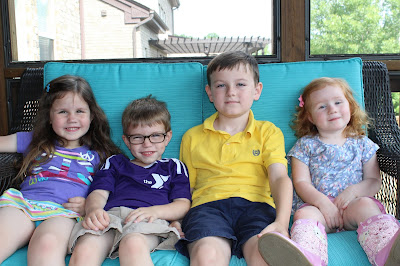 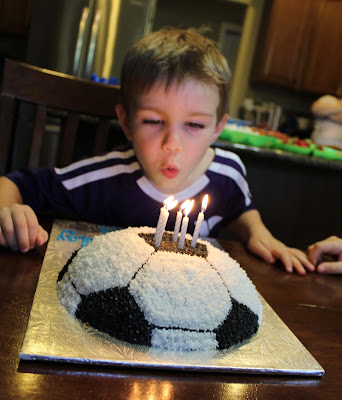 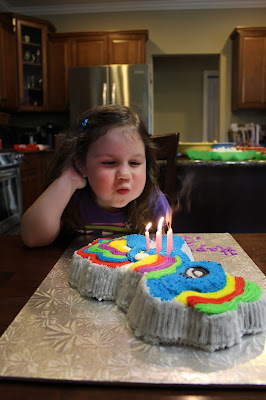 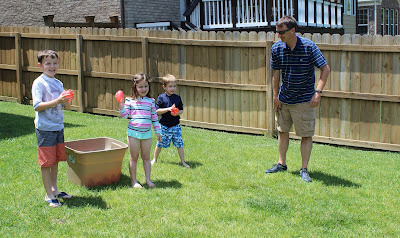 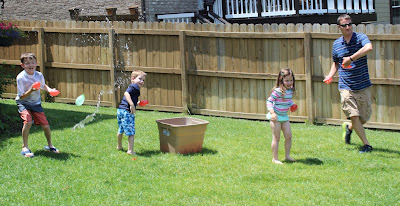 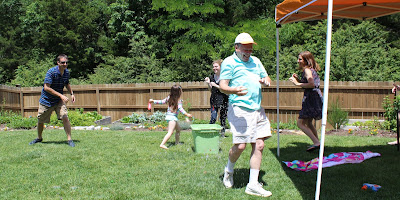 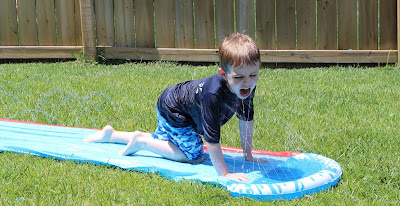 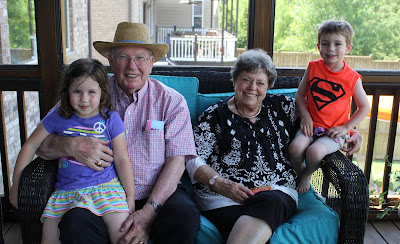 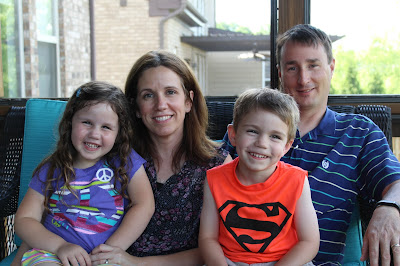 Happy 5th Birthday to Brooks and Brynn!
Posted by Delilah at 1:56 PM